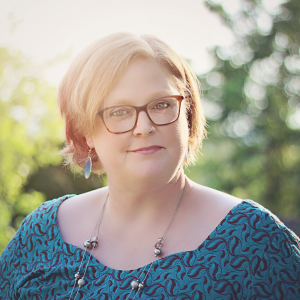 An Essay by Seth Scruggs

I wish that I could say that when I heard this term for the first time it felt good. Or that I felt “seen.” Or that there was finally a name for that thing that I had been feeling for more than half my life.

But I didn’t feel any of that. Instead, I felt guilty.

“Glass Child” is a term that refers to the siblings of those children who take up the lions’ share of their parents’ time and attention. Most of the time, this child has some sort of disability or special needs. Everyone looks through the “typical” child to see the child with special needs. According to this definition, and really pretty much every way one can look at it, I am a glass child.

I have a twin brother named Zach. As twins, we were pretty much inseparable when we were younger. We were each other’s best friends. When we fought as toddlers, our parents would calm us down, make us hug, and they would ask us each of us one simple question: “Who is your best friend?” We would each quietly point at the other brother. As younger kids we would talk about what we would do when we got older. The car we would share because we were going to get our licenses at the same time. The things we would do and the places we would go…together. We would daydream about going to college together and maybe being roommates there, too.

Then we were seven. Zach started having seizures. No one knew what was happening at first. It seemed like every doctor gave a different diagnosis. One said he would outgrow it. The other said he was faking them altogether. As time went on, it seemed they would never go away. The seizures themselves morphed from long periods of time where Zach would simply zone out to violent episodes that included screaming, fighting, and the occasional curse word. Surgery after surgery. Drug after drug. Cure after cure. Nothing seemed to work.

His epilepsy is uncontrolled. We’re 20 now.

All the things that we had planned didn’t happen. They couldn’t. Zach cannot legally get a driver’s license due to his epilepsy. Thanks to the way the seizures have ravaged his brain, he is unable to attend college. He cannot spend much – or any – time alone, and he cannot work in the traditional sense. He will probably have to live with a family member for the rest of his life. None of this was part of our plans as kids.

When I heard the term glass child, I didn’t feel “seen.” I felt guilty.

Sure, I understood what the term was referring to. It would be impossible not to understand. The feeling of needing attention, because your parents had just been away with Zach for a week at another drug trial or epilepsy study. The way people at church always led conversations with “How is Zach doing?” rather than “How are you?” The disappointed looks from people when they heard that Zach had yet another seizure, rather than rejoicing in the little victories that I, and the rest of my family, spoke of. I knew all of that. I had felt all of that.

I felt guilty because I didn’t think I needed a title. I thought that would take away from the more “important” stuff that was going on with Zach. Ironically, this is a very “glass child” thing to do.

Most importantly, I felt guilty because, well, there were plenty of things I thought I should feel guilty about. I felt guilty – and still do on occasion – because I am the typical child. I feel guilty  when I drive Zach somewhere he wants to go. I feel guilty when I leave for college after a break. I feel guilty when I do the things that we always said that we would do together. Obviously, there is no reason that I should feel this. I should not be worried about the fact that I am able to live my life as I want and am able to do so. However, the feeling of guilt is still there deep down.

One of the most impactful days of my life was the day I received my driver’s license. I got in the front seat of my mom’s minivan. Sure, she was still in the car, but I was the one behind the wheel. I put the car in reverse and began to pull out of the parking space for the first time as a licensed driver.

It was a very distinct scream. The kind that signaled that a seizure was starting. Instinctively, I pulled the car back into the space and flipped around the best I could in my chair to do what I could to help. This seizure felt different for some reason. He was more violent – or so it felt to me. He was looking down when I turned around, but when he started to raise his head, he looked me in the eyes and from somewhere deep in the recesses of his mind, he recognized me. His eyes changed, filling with an anger and rage I hadn’t seen in even the worst of our fights as kids. He raised a fist.

I got it. I would have hated me, too. That moment represented everything the seizures had taken away from us. We wouldn’t get to share a car or go to college together. We wouldn’t get to grow up together the way we had always dreamed. Sure, we had known these days would come. We knew it would happen. But there it was, staring us in the face.

In the two years following that day, there were a lot of things that happened. I toured colleges. I applied and was accepted. I went to prom. I started dating. I graduated high school. I packed up and went off to school. I did all of this, knowing that Zach wouldn’t get to. So even within every happy moment, there was a twinge of guilt and sadness that it wasn’t happening as it should have.

As I started my freshman year of college, there was even more guilt. I didn’t tell a lot of people about my brother. It wasn’t necessarily a conscious choice, but it was, nevertheless, a choice I made at some point. Some people didn’t even know that I had a brother at all, much less a twin, much less a twin with special needs. Deep down, I wanted to be known as someone who was not Zach’s brother. I did not want to be defined by someone who was not me.

I did not want people looking past me.

I did not want to be the glass child.

After a while, I realized what I was doing. I realized that I was denying part of who I was. Of course, my identity is much more complex than my brother’s disability, but it has shaped a lot of who I am and how I interact with people. I have spent the last two years and change trying to figure out how to reconcile that.

How do I accept that I am different from my brother and the things we dreamed as kids? How do I move on and not forget? How do I have my own identity while still being “Zach’s brother”?

How do I become solid rather than glass?

I don’t want to act as though I have all the answers. This is a lot of stuff that I am still dealing with. But I hope that by sharing this, I might be able to help someone else who is struggling with the same thing. We don’t stop being a sibling once we move out. But we do stop being children. At some point, people stop asking you about your sibling. You discover your own identity. And as freeing as it is, it can be kind of startling. Everything you have known for almost your whole life is no longer the case.

What does this new freedom mean? What do you do with it?

I wish I could tell you the answer. Maybe you have it. What I do know is that I wouldn’t trade my childhood for anything. It has made me who I am. There are plenty of moments that I wish had not happened. There are plenty of experiences I had that I would not wish upon my worst enemy. Yet, I can’t let those things define me forever. I am Zach’s brother, but I am also a lot more than that. These last few years and potentially the next few years will be spent trying to figure out exactly how to balance my past with my present.

Maybe you are on the same journey. Maybe you went through it years ago. Maybe you did not realize that this was something that you were dealing with until you read this and now you are seeing the need to start thinking about it yourself. Maybe you are realizing that you have been looking through someone for too long. Wherever you are, whatever you may be thinking or feeling, know that you are not alone. There is a community of people who have felt the same things that you are feeling now. You are more than your sibling, but you should never forget where you came from and how you got to where you are.