Earth Day and the Duck River 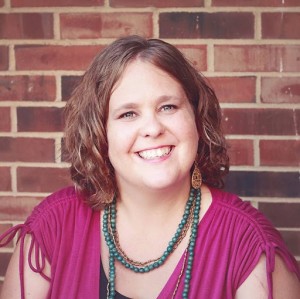 Kelly is one of the owners and founders of GUM Media. She loves coffee a bit too much and loves authentic conversation.

Earth Day has been celebrated every year on April 22 since 1970. That means this marks 50 years of bringing awareness to our environment. Gaylord Nelson founded Earth Day when he was a U.S. Senator representing Wisconsin (1963-1981). He also served at Governor from 1959-1963.

According to earthday.org, “Today, Earth Day is widely recognized as the largest secular observance in the world, marked by more than a billion people every year as a day of action to change human behavior and create global, national and local policy changes.”

The Duck River is a favorite for my family. We began our adventures on the river by renting canoes from local companies. After a couple summers of that, we decided to buy our own canoes. As the kids have grown, we’ve bought kayaks for each of us. Floating down the river is a great way to spend a hot summer day in Tennessee. The kids, and us too really, get to see parts of our county in a whole new way. We have explored so many types of mussels, fish, turtles, snakes, birds, otters, even cows that have wandered down to the river. There one particular stretch we do that we always follow a heron down the river. Although one of our least favorite memories was coming around a bend only to hit a wall of the worst odor we had ever encountered – a dead deer just off the shore. We paddled harder and quicker than we ever had before.

Among the fish species that make this river their home:

As mentioned earlier, the Duck is great for boating. There are lots of swimming holes along the way, as well as a few caves to explore. A favorite cave we found is fantastic in the hottest part of the day, as it’s significantly cooler in the cave. Fishing is abundant in the river with all the species of fish present. Pack a lunch, plenty of water, and head out for a great day.

We want to be sure to remind you always to take every safety precaution when enjoying the river. Check the water levels before heading out and use life jackets.

Flooding is a fairly common occurrence for the Duck River in Columbia. Especially in late Winter and Early Spring as we get a lot of rain. The level for flood stage is 32 feet, with the action stage set to 28. Currently, on April 22, 2020, the river is at 7.15 feet. Most recently, it hit the flood stage on February 7, 2020, at 33.43 feet. At 34.5 feet, the waters reach the grounds of Riverside Elementary School in Columbia. The 34.5 level is crucial because that is when Maury County Schools will cancel school due to flooding.

Mussels are a vital part of the freshwater ecosystem. They act as the filtration system for the river. Filtering the water for the other species in the river and working to remove pollutants from the river. When the river is in trouble, mussels are among the first to signal the problem.

Center for Biological Diversity “Unfortunately, for all their allure, freshwater mussels are the most endangered group of organisms in the United States.”

What you can do

Think of that scene from Disney’s Finding Nemo, where the fish declare that all drains lead to the ocean. While that’s not precisely true, our storm drains do lead to the river. The City of Columbia has a section on its website dedicated to its Stormwater Program. Here are some of the things they have listed that you can do all the time :

You can also help clean up the river. Take a bag, or several, with you the next time you take a trip on a boat, canoe, or kayak and make a point to pick up any trash you see. You can also go to the river banks anytime and do the same thing but on land. What a great way to get outside as a group or family and help out the community as a whole.

We’d love to hear your stories of time on or around the Duck River. Email us at kelly@gum-media.com