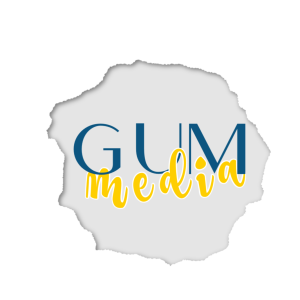 The Growing Up Maury Team loves nothing more than celebrating those in our community who invest in the lives of children. Cord Martin and Sondra Wilson-Martin are two such people. They are making a huge impact on our future leaders, and they have been chosen as this issue’s Growing Up Maury Change Makers.

Cord and Sondra are Maury County natives, born just three days apart at Maury Regional Medical Center. Even though both grew up in Mule Town, they did not meet until their college days at Middle Tennessee State University, where each was planning a career in education.

Sondra is a second grade teacher at Baker Elementary where, in her words, she “teaches some of Maury County’s brightest second graders.” Several years ago, Sondra and a group of her fellow educators recognized a common need among their schools: Their students did not have the materials they needed to begin school each year. To meet that need, Sondra organized the first Stuff the Bus project to collect and purchase school supplies for the children of Maury County. Over the last four years, this now annual project has raised more than $50,000 to meet the back to school needs for our community, making a daily difference for the students in each of our schools.

Cord is co-band director at Whitthorne Middle School. He enjoys sharing his passion for music and igniting that same passion in young people. He and his jazz students can be heard quite often during Columbia’s First Fridays downtown, and the Puckett’s stage is not unfamiliar to him. His love for his subject and his students was recognized in 2016 when he was chosen as the Middle Tennessee Teacher of the Year. Cord continues to play professionally, and he was honored to perform with the late Queen of Soul, Aretha Franklin, when she played at the Schermerhorn Symphony Center in 2015.

The Martins may spend their days pouring into the lives of their students, but their son, Parker Ellington Martin, is the one who pours the greatest joy into theirs. Parker was born ten weeks early and spent thirty days in the NICU at Maury Regional Medical Center. He has had so much to overcome, and now at almost two years old, he is as strong-minded as they come and already showing a great love for music.

Out of their experience and time in the NICU, one the greatest ways this special family gives back was born. Parker’s Project is a fundraiser on behalf of Parker Martin in partnership with the Maury Regional Health Foundation. The proceeds of the benefit every year go toward providing each newborn patient admitted into the NICU with their first book. One NICU parent spoke to Growing Up Maury about the project, saying, “Being in the NICU is such a hard time. Kindnesses such as this make such a huge difference.”

Thank you, Sondra and Cord, for being Change Makers in Maury County and beyond.